Nigerian Young Ones in Crisis

A former aide to former Nigeria-African president Good luck
Jonathan, Mr. Reno OMOKRI who has been a critical of president Buhari and an
online activist, has launched a customized T-shirts in the name if kidnapped school
girl, Leah Sharibu.
Reno Omokri has embarked on the
campaign to support Leah’s parents financially and make the #FreeLeahSharibu
get the global action it deserves. The payment for the shirts are made directly
to Leah’s parents via their bank account.
Then 14 year old Leah Sharibu
was among the 110 girls abducted from Government Girls Science and Technical
College Dapchi, Yobe State Nigeria, on the 19th of February, 2019.by Islamic
Boko Haram terrorists believed to be against Western education.  The
Federal Government of Nigeria secured the release of 109 of the girls on the
21st of March, 2019 leaving behind Leah, the only Christian among the girls.
the Boko Haram group said Leah wasn’t released because she refused to renounce
her Christian faith. she has been in their captivity for over a year now with
little known about her only the assurance from the Federal Government that she
is still alive. 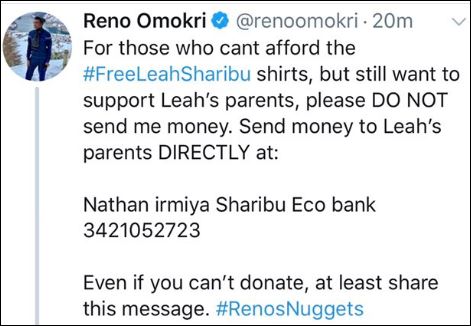 The
T-Shirts according to @renoomokri cost $100, N100K and N30K. This is far from
the reach of millions of Nigerians in a country described as the poorest in the
world but already some rich guys are already showing their support. The former
president of the Christian Association of Nigeria, Pastor, Oritsejafor has led
the pack. Reno also reported that former spokesman of Nigeria’s VP and Senator
Nenadi Usman, an anonymous Facebook friend, and a publisher have already
purchased the shirts and made payments directly to Leah’s father. Former UK
foreign minister Boris Johnson is said tp have also shown his support. 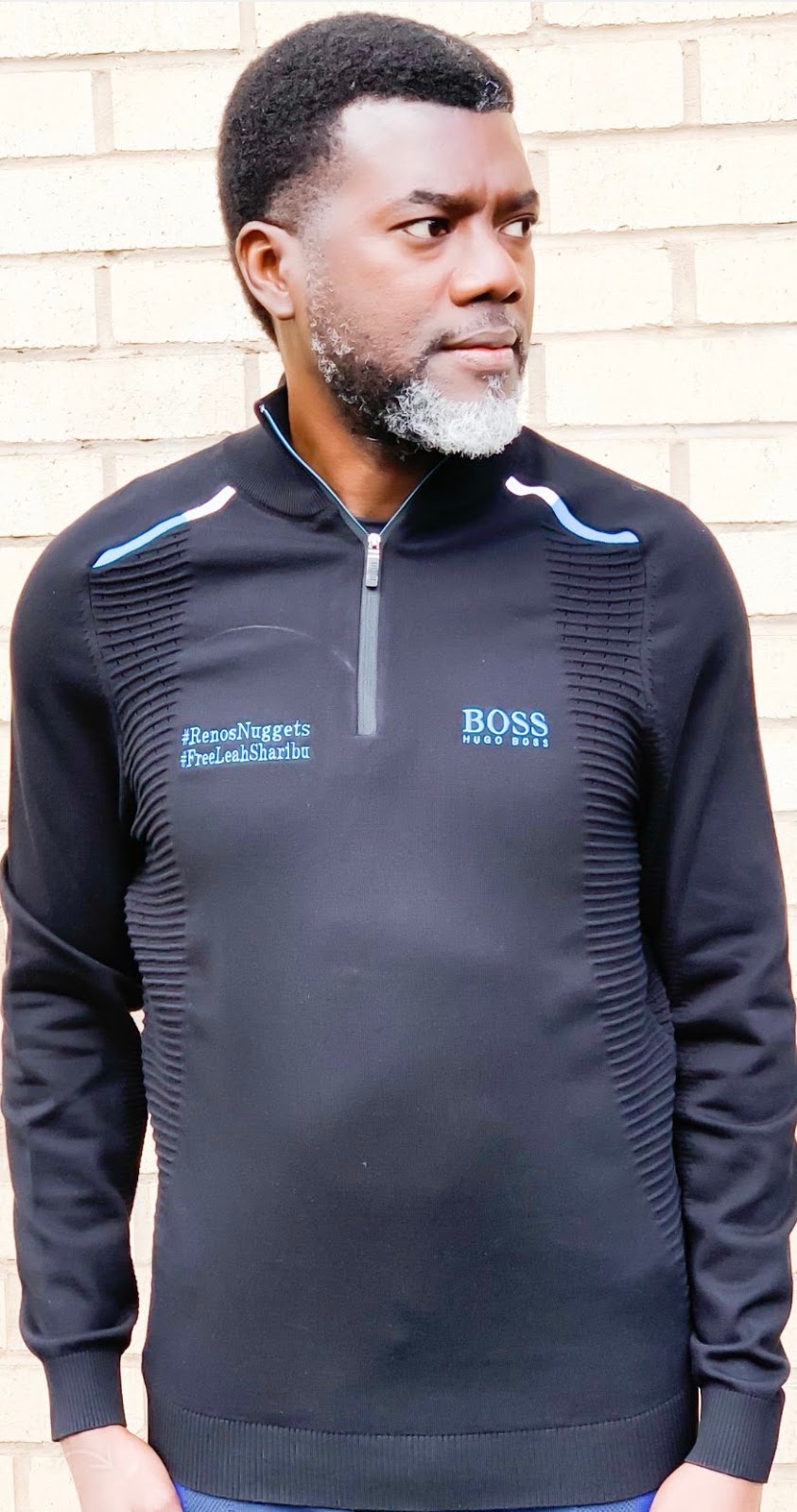 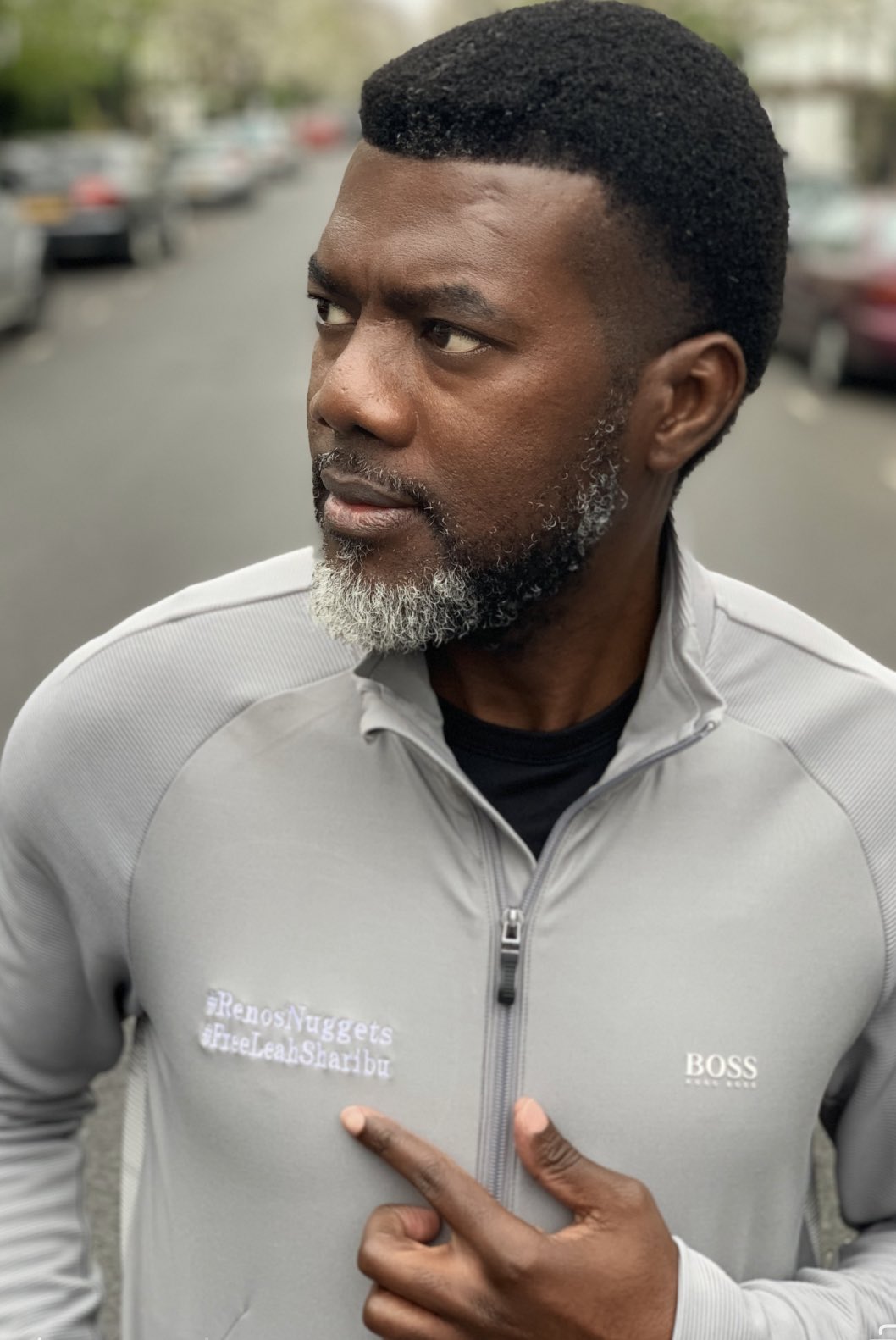 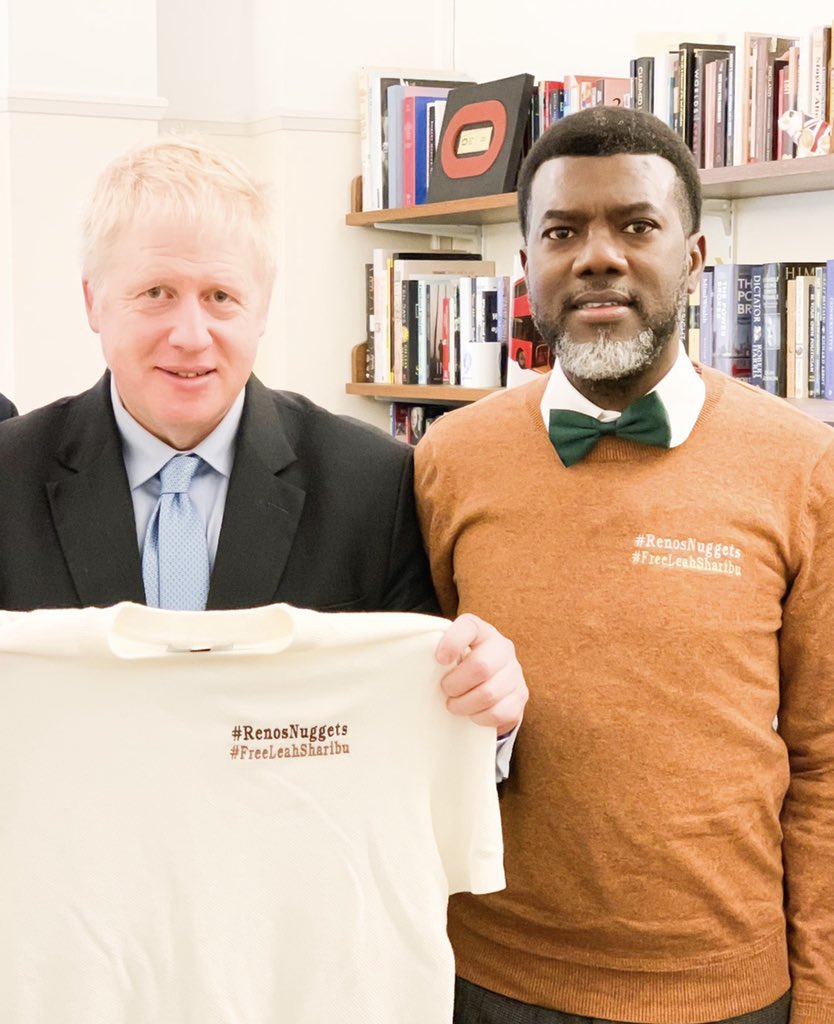 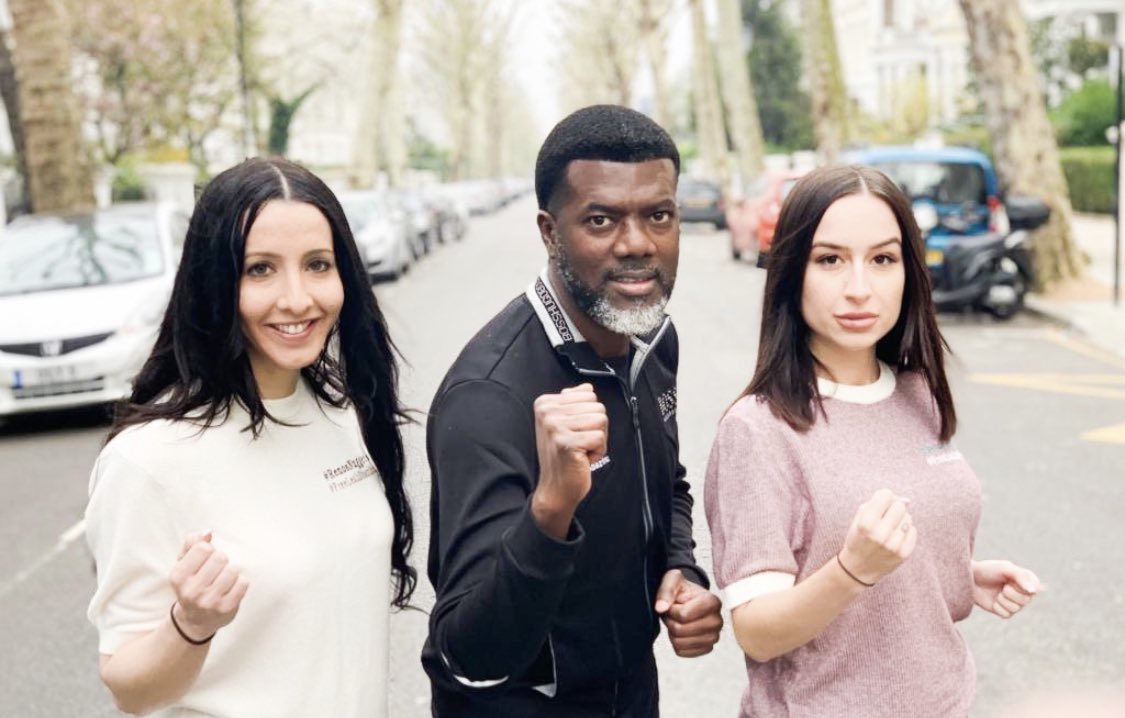 Leah Sharibu has become the symbol for the release of hundreds of unknown girls
and women still in Boko Haram captivity. Most of them have been married off to
the insurgents and many converted to suicide bombers. This is sad indeed and it
is hoped that, the government and international community will rise up to the occasion
and take a bold step at rescuing the girls and women. Although this could be a
dangerous mission and perhaps that could account for the reason the government
is still exploring diplomacy to preserve their lives.
The Nigerian football jersey cost N40K and
it was a ‘sold out’. I want to believe the celebrities will show their support
in the case of Leah too else that would be a shame.
I want to believe too, a cheaper version
like that experienced in the Nigerian jersey will flood the market and parent
would have all their kids wear them as a mark of support and a reminder to
their kids that there is a 15 year old girl in captivity not sure if she would
ever breathe the air of life.